Siim Einfeldt
2017-01-11 02:45:05
comment article
According to reasearch conducted by My Voucher Codes the majority of major fashion retailers are controlled by four main companies - H&M, Gap Inc, Arcadia, and Inditex. They either own big part of the fashion market, considering they control large amount of shares in the fashion market through themselves or through any of their subsidiary companies like Pull & Bear, COS, Banana Republic, Dorothy Perkins. The annual net income for the group os 1.7 billion pounds.

For example the H&M group controls retailers like H&M COS, Cheap Monday, Monki, Weekday and & Other Stories. Most of these companies have been formed by H&M themselves while Cheap Monday was a company they bought in 2008. GAP Inc owns retailers such as Old Navy, Athleta, Intermix, Banana Republic, resulting in a yearly net income of 684 million pounds. Arcadia Group has a net income of 205 million pounds, and owns Burton's menswear, Peter Robinson, Miss Selfridge, Dorothy Perkins, Wallis, Evans and Outfit. Intidex is the actual owner of 8 internationally known brands such as Zara, Zara Home, Bershka, Massimo Dutti, Pull & Bear, Stradivarius, Oysho and Uterque. They net annually 903 million pounds.

There are also a few other bigger companies that help run the show such Urban Outfitters, Peter Simon, French Connection, and Kamani Family. If you want to read more about it, you can get a bigger picture here. 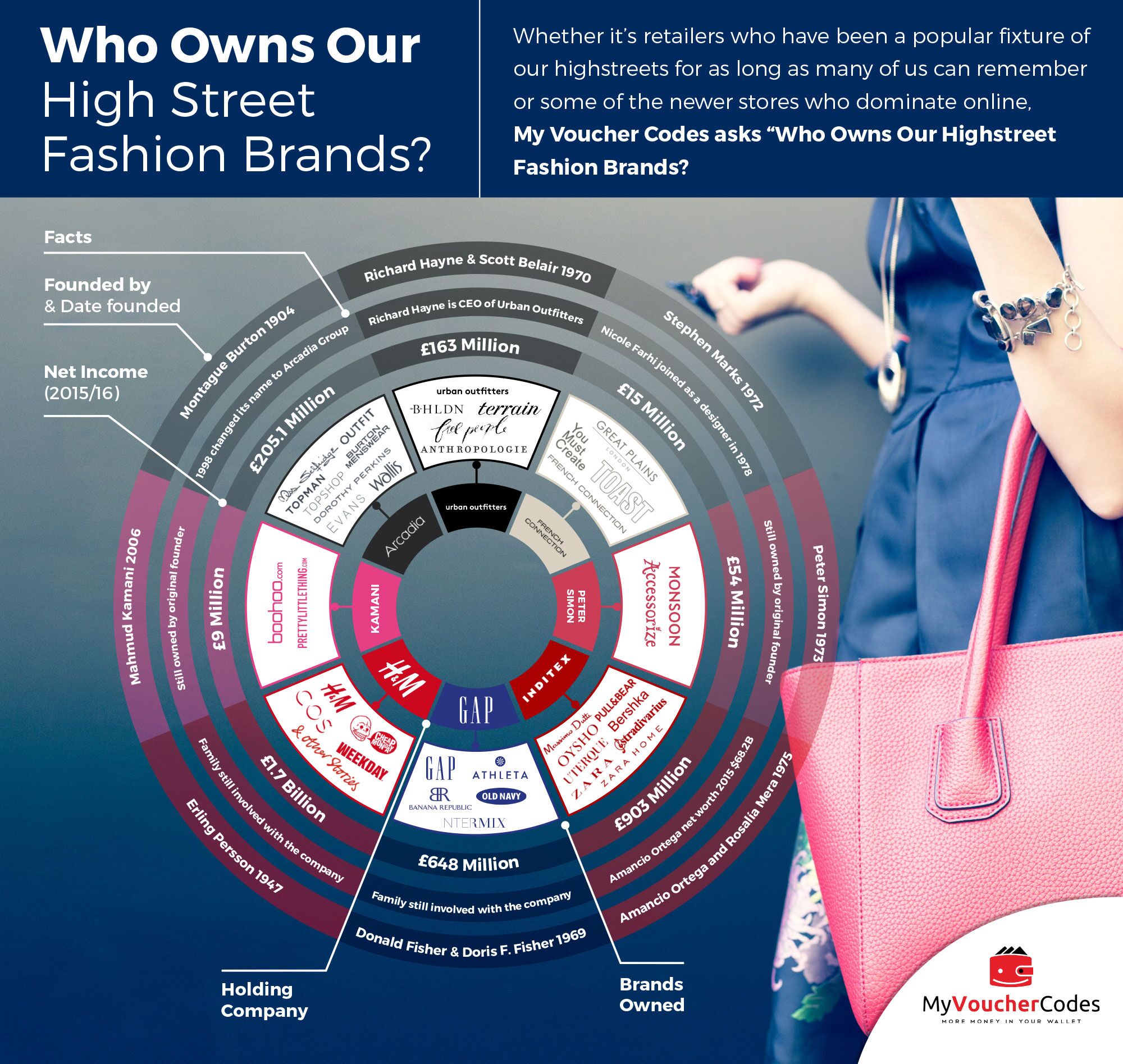 What creates competitive advantage for organizations?

How to cut your expenses? (Part 1)

Laptop stand for working standing up

How to engage and inspire your employees

Predictions on B2B Tele-Services in 2015

Can you win with losing strategies?

The type of service I want